A scandal-plagued “VIP” program that provided members of Congress with Federal Air Marshals (FAM) often yanked from high-risk fights has been canceled after Judicial Watch exposed it earlier this month.

As a result, hundreds of FAM are sitting idly at airports around the U.S. because the “VIP missions have stopped,” according to a federal law enforcement source with firsthand knowledge of the situation. 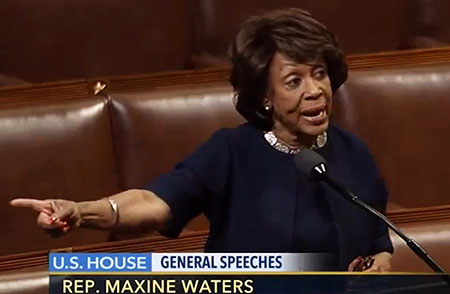 A veteran air marshal who asked not to be identified said “the Washington Field Office in Washington D.C. was almost exclusively dedicated to VIP services for Congress.” Another longtime FAM told Judicial Watch he was deployed on several VIP missions with low-profile members of Congress. He said so many FAM were on standby for the VIP congressional program that now he and many of his colleagues are “sitting around the airport waiting for a mission.”

Sonya Hightower-LaBosco, a retired FAM who serves as executive director of the Air Marshal National Council, confirmed to Judicial Watch this week that dozens of air marshals that evidently would have been delegated to members of Congress as part of the VIP initiative are waiting for assignments at airports nationwide. “Right now, there are almost 60 in D.C., 40 in Charlotte and another 40 in Orlando,” Hightower-LaBosco said.

From January through April the covert VIP service dedicated more than 900 FAM on demand to members of Congress, Hightower-LaBosco said, citing agency data. The politicians often already traveled with plenty of security on flights that did not meet the threat criteria, usually determined by the FBI, for air marshals. In many instances FAM were plucked from high-risk flights to accompany an elected official, leaving the high-risk plane with no coverage.

That was the case during Congresswoman Maxine Waters’ recent trip to Minnesota. Two FAM were pulled from a high-risk flight to accompany the California Democrat on the mid-April jaunt, though she was already covered by a four-man detail, according to multiple law enforcement sources interviewed by Judicial Watch. The veteran FAM sources say the politician had two air marshals reassigned to a plane that would otherwise not qualify because it was not considered high-risk. The transfer forced the high-risk flight to complete its trip without the two air marshals originally assigned to it.

Waters received the extra security while traveling to Brooklyn Center, a Minneapolis suburb, after police shot and killed a black man with an open warrant related to an aggravated armed robbery. The Derek Chauvin trial was wrapping up around 10 miles away and the 82-year-old lawmaker incited the crowd, encouraging protestors to “get more confrontational” if the former Minneapolis cop was not convicted of murder for George Floyd’s death.

“We gotta stay on the street, we’ve got to get more active, we’ve got to get more confrontational, we’ve got to make sure that they know that we mean business,” Waters said ahead of closing arguments in Chauvin’s trial. The former officer was convicted and the judge presiding over the trial called the congresswoman’s comments “abhorrent.” Last month Judicial Watch filed a complaint with the chairman of the House Office of Congressional Ethics against Waters for violating House ethics rules by encouraging violence and attempting to intimidate the jury in the Chauvin trial.

Coverage of Waters’ abuse of the VIP air marshal service apparently led to the program’s cancellation, according to numerous government officials interviewed by Judicial Watch.

“They were not scheduling us to make sure we were available for the VIPs,” said a longtime air marshal, who is celebrating that the program is finally “done.”

FAM are federal law enforcement officers whose primary function is to protect commercial passenger flights by deterring and countering the risk of terrorist activity, aircraft piracy and other crimes to protect the nation’s transportation infrastructure.

The VIP service for Congress “left a glaring hole in America’s aviation security,” according to a whistleblower complaint filed this year by the Air Marshal National Council with the Department of Homeland Security (DHS) Inspector General. The group represents around 2,000 air marshals nationwide. In an interview with Judicial Watch, the group’s president, David Londo, called the VIP program “scandalous.”

A veteran air marshal said he and many colleagues on the force often asked: “Why are we really here? To protect against terrorism or babysitting?”