Dr. Anthony Fauci said during a recent panel discussion streamed online that whether school students “are vaccinated or not, they need to wear a mask.”

A new study by the CDC, which not surprisingly was largely ignored by the anti-Free-Press corporate media, found no evidence that school mask mandates have been effective. 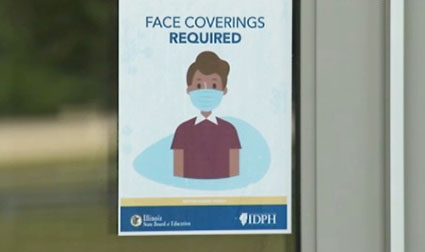 The study, which analyzed some 90,000 elementary students in 169 Georgia schools from Nov. 16 to Dec. 11, found no statistically significant difference of virus spread in schools that required students to wear masks compared to schools where masks were optional.

CDC statistics show children generally do no spread Covid-19 and have little risk of any adverse effects to the virus. The seasonal flu is more deadly among children than Covid.

One of the few journalists to report on the CDC study, New York magazine’s David Zweig pointed out that the findings “cast doubt on the impact of many of the most common mitigation measures in American schools.”

Zweig noted that many European nations have exempted students from mask mandates, including the Great Britain, the Netherlands, France, Italy and the Scandinavian countries.

“Conspicuously, there’s no evidence of more outbreaks in schools in those countries relative to schools in the U.S., where the solid majority of kids wore masks for an entire academic year and will continue to do so for the foreseeable future,” wrote Zweig.

“These countries, along with the World Health Organization, whose child-masking guidance differs substantially from the CDC’s recommendations, have explicitly recognized that the decision to mask students carries with it potential academic and social harms for children and may lack a clear benefit.”

Joe Biden recently directed Education Secretary Miguel Cardona to employ “all of his oversight authorities and legal actions” against governors such as Florida’s Ron DeSantis who have supported legislation to prevent schools from implementing mask mandates.

YouTube didn’t like an exchange in which Harvard epidemiologist Martin Kulldorff, responding to a question by DeSantis, said “children should not wear face masks, no. ”

Stanford’s Jay Bhattacharya said it is “developmentally inappropriate” for children to wear masks and it “just doesn’t help on the disease spread.”

“I think it’s absolutely not the right thing to do,” he said.

Bhattacharya said that “if we went back a year, a lot of experts would say that wearing masks for the general public is not evidence-based.”