U.S. ‘will not deploy the warship with him in command,’ Navy says of unvaxxed commander

The U.S. Navy is refusing to deploy a guided-missile destroyer because its commander is unvaccinated.

The unnamed commander is seeking a religious exemption to the Pentagon’s Covid vax mandate. 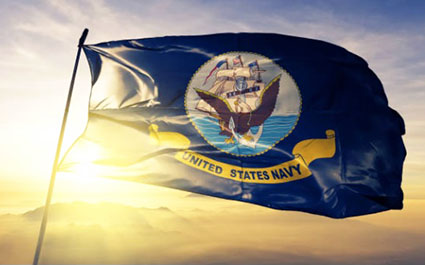 “With respect to Navy Commander, the Navy has lost confidence in his ability to lead and will not deploy the warship with him in command,” the Navy said in a court filing, according to a report by Stars & Stripes.

The destroyer, which is docked in Norfolk, Virginia, is “out of commission” after a Florida federal judge ruled that the Navy and Marine Corps cannot remove its officer for being unvaccinated against Covid.

U.S. District Judge Steven Merryday, a George H. W. Bush nominee, ruled on Feb. 2 to bar Secretary of Defense Lloyd Austin and all other military officials from taking punitive action against the commander.

On Feb. 28, the Navy asked Merryday for an emergency stay on the preliminary injunction, arguing that the judge’s ruling prevents it “from removing an officer from … commanding officer billets who the military has deemed unfit for command.”

“The order is an extraordinary intrusion upon the inner workings of the military that presents a direct and imminent threat to national security during a global military crisis, and it indefinitely sidelines a Navy warship,” the Navy said, according to court papers.

Merryday on March 3 denied the Pentagon’s request to halt the injunction, and accused the defense of attempting “to evoke the frightening prospect of a dire national emergency resulting from allegedly reckless and unlawful overreaching by the district judge.”

‘ Navy says of unvaxxed commander, Judge Steven Merryday, Pentagon, U.S. ‘will not deploy the warship with him in command, WorldTribune.com

U.S. ‘will not deploy the warship with him in command,’ Navy says of unvaxxed commander added by Editor Two on March 9, 2022
View all posts by Editor Two →