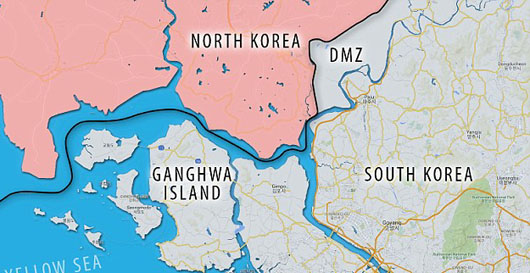 South Korea’s Chosun Ilbo and television network Channel A reported on Dec. 13 that the South’s military took corresponding action after the North Korean helicopter was detected on South Korean radar.

The incident occurred just five days after two North Korean helicopters crossed a different area of the TAL, near Ganghwa county on the western coast of the peninsula. The South’s military scrambled fighter jets in response to that breach as well, according to Channel A.

What particularly alarmed more than 400 retired South Korean generals who issued a statement about the Sept. 19 pact with Pyongyang was that it also mandated the expansion of no-fly zones along the DMZ region, Geostrategy-Direct.com reported on Nov. 27. “This single-handedly surrenders ROK’s aerial surveillance capability at the front line to detect any signs of a North Korean blitzkrieg,” according to the report.

North Korea may be testing South Korea’s reaction to such incursions, analysts suggested.

Shin Jong-Woo, director of the Defense Security Forum, said, “The North Korean military knows that if they cross TAL, our troops will respond. There have often been cases of tension between the two Koreas, but it is unusual to have crossed the TAL successively in a peaceful atmosphere,” according to the Chosun Ilbo report.