Moderna, in conjunction with President Donald Trump’s Operation Warp Speed program, announced it has developed a coronavirus vaccine that is 94.5 percent effective. 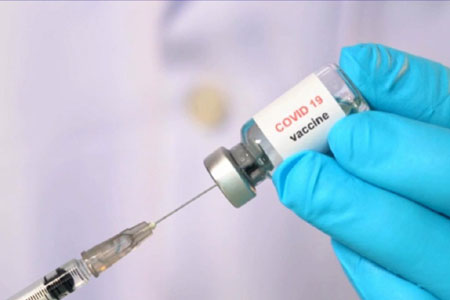 “Moderna is working with the U.S. Centers for Disease Control and Prevention (CDC), Operation Warp Speed and McKesson, a COVID-19 vaccine distributor contracted by the U.S. government, as well as global stakeholders to be prepared for distribution of mRNA-1273, in the event that it receives an EUA and similar global authorizations,” the company said in a statement.

“By the end of 2020, the company expects to have approximately 20 million doses of mRNA-1273 ready to ship in the U.S. The Company remains on track to manufacture 500 million to 1 billion doses globally in 2021,” the Moderna statement said.

Stéphane Bancel, Chief Executive Officer of Moderna, said that Operation Warp Speed was “instrumental to accelerating our progress to this point.”

“The analysis evaluated 95 confirmed Covid-19 infections among the trial’s 30,000 participants,” CNBC reported. “Moderna said 90 cases of Covid-19 were observed in the placebo group versus 5 cases observed in the group that received its two-dose vaccine. That resulted in an estimated vaccine efficacy of 94.5%.”

Last week, Pfizer announced that it had developed a covid vaccine that was 90 percent effective.

Dr. Scott Gottlieb responded to the news by writing on Twitter: “Great day for patients. We may have two highly effective vaccines for covid if results from the interim Pfizer and Moderna trials are confirmed by the full data sets. The acute phase of the U.S. pandemic will end in 2021. We must work together to get through the next 3 months.”

Even the Trump-hating New York Times had to admit that the president’s Operation Warp Speed program was a success.

Last month, the Times said that experts were confident the pandemic would be over “far sooner” than expected and that the Trump administration’s efforts were “working with remarkable efficiency.”

“Events have moved faster than I thought possible. I have become cautiously optimistic,” New York Times science reporter Donald McNeil Jr. wrote. “Experts are saying, with genuine confidence, that the pandemic in the United States will be over far sooner than they expected.”

The report noted that the U.S. was “faring much better than it did during the Spanish influenza,” which cost 675,000 Americans their lives, adding, “the country’s population at the time was 103 million, so that toll is equivalent to 2 million dead today.”