Trump on AZ: ‘Enough fraudulent votes’ to change the outcome ‘4 or 5 times over’

As information from the Arizona audit was being leaked, President Donald Trump released a statement saying that “enough fraudulent votes” had been found in the audit to change the outcome of the 2020 election in the state.

“The Fake News is lying about the Arizona audit report! The leaked report conclusively shows there were enough fraudulent votes, mystery votes, and fake votes to change the outcome of the election 4 or 5 times over,” Trump said (see full statement below).

According to the leaked information, the number of illegal ballots found in Maricopa County (more than 55,000) is over 4 times the current amount separating Trump and Biden in Arizona.

There are also indications that criminal charges could be recommended today after the results of the Arizona audit are produced.

Liz Harris, one of the leaders who pushed for a canvass of Maricopa County shared the following:

A. A person commits tampering with a public record if, with the intent to defraud or deceive, such person knowingly:

Meanwhile, after reports on the illegal ballots leaked, former Trump White House adviser Steve Bannon said on his Friday morning War Room broadcast: “Note to all the liberals, the Biden Administration is dead. You died, sorry about that. Sorry. Not Sorry!” 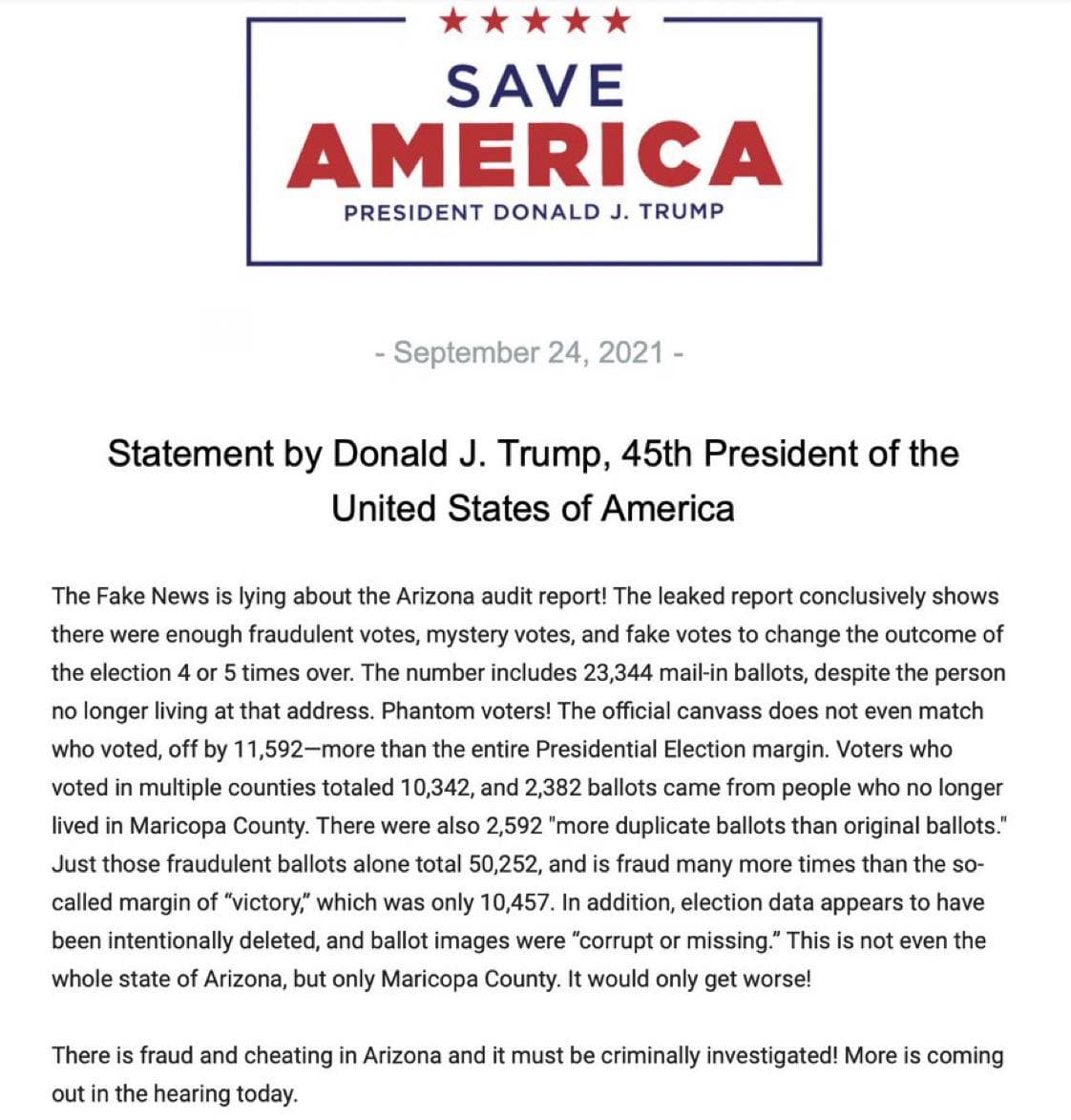 Trump on AZ: ‘Enough fraudulent votes’ to change the outcome ‘4 or 5 times over’ added by Editor Two on September 24, 2021
View all posts by Editor Two →