The Russians? Twitter finds #ReleaseTheMemo went viral thanks to Americans

Twitter’s analytics show that the #ReleaseTheMemo social media campaign went viral because of interested Americans, not Russian troll and bot farms as Democrats had suggested. 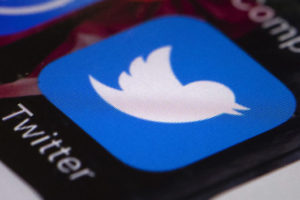 The #ReleaseTheMemo campaign seeks the release of a four-page report by Republicans on the House Intelligence Committee that alleges abuses related to the discredited Trump dossier and the Foreign Intelligence Surveillance Act (FISA).

Related: ‘Is this the KGB?’ Lawmakers call for public release of classified memo on FISA abuse, Jan. 19, 2017

The Daily Beast reported on Jan. 23 that “A knowledgeable source says that Twitter’s internal analysis has thus far found that authentic American accounts, and not Russian imposters or automated bots, are driving #ReleaseTheMemo. There are no preliminary indications that the Twitter activity either driving the hashtag or engaging with it is either predominantly Russian.”

“If these reports are accurate, we are witnessing an ongoing attack by the Russian government through Kremlin-linked social media actors directly acting to intervene and influence our democratic process,” Schiff and Feinstein wrote, without producing any real evidence that Russian trolls helped the hashtag go viral.

A spokesman for the House Intelligence Committee blasted the Democrats for pushing the false narrative.

“When Democrats demand investigations of a hashtag but find no cause for concern after the FBI loses five months’ of critical evidence concerning the Strzok text messages, then someone’s priorities are out of whack,” Jack Langer told The Daily Caller.

The House Intelligence Committee voted on Jan. 18 to make the memo available to all House members. Every Democrat on the committee voted against it.