Testing: Countries using HCQ to treat covid have lower mortality rate than those which ban it

A look at 70 studies from around the world, 33 of them peer reviewed, shows the effectiveness of using hydroxychloroquine in early treatment for coronavirus. 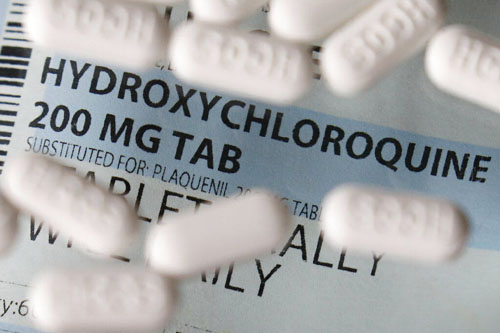 The list compiled by c19study.com showed that 75 percent of the studies said early use of the drug resulted in a much lower mortality rate than countries that banned the use of it.

In Italy, an upcoming study of 3,451 hospitalized patients reports that HCQ results in a 30 percent reduction in mortality. Treatment started on the first day of admission in most cases.

Ukraine, Greece, Cuba, Morocco, Indonesia and Algeria were some of the nations which reported effective use of HCQ when it is used early as opposed to mixed results with later treatment, the studies noted.

In India last month, doctors in one the largest slums in the country credited hydroxychloroquine for helping stop a covid outbreak.

Dharavi located in the city of Mumbai, which was the backdrop for the movie “Slumdog Millionaire”, is one of the most densely populated slums in India. It became a covid hotspot.

Media around the world, like the Los Angeles Times, have reported the success. Even the World Health Organization praised Dharavi.

Reports credit the huge turnaround to various factors. Most focused on Dharavi’s use of widespread testing and contact tracing. But they ignored the policy most responsible. Indian doctors used hydroxychloroquine (HCQ) for prophylaxis (preventive) treatment — the same drug the American media have politicized.

Turkey’s Ministry of Health reported that the nation’s low death toll was in large part due to treatment protocols involving hydroxychloroquine and the Japanese antiviral favipiravir.

“Doctors prescribe hydroxychloroquine to everyone who is tested positive for coronavirus,” Dr. Sema Turan, a member of the Turkish government’s coronavirus advisory board, told CBS News. Hospitalized patients may be given favipiravir as well if they encounter breathing problems, she said.

coronavirus, covid, hydroxychloroquine, Testing: Countries using HCQ to treat covid have lower mortality rate than those which ban it, WorldTribune.com

Poll: Most favor 'Blue Lives Matter', think there is a war on police
Read more