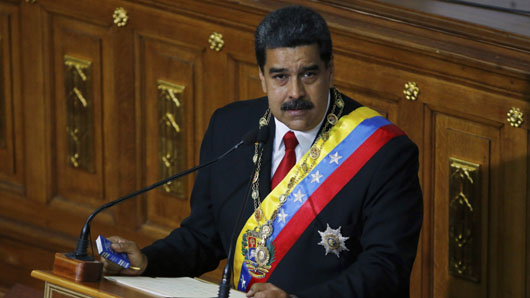 by WorldTribune Staff, July 20, 2018 As Venezuelans suffer and thousands flee an economic and humanitarian nightmare, the nation’s massive oil reserves allow Socialist President Nicolas Maduro and his top aides to remain safely in power in Caracas. “The Maduro regime, despite the crisis, is in a pretty strong political position right now,” Michael Shifter, […]

Special to WorldTribune.com By Brian M. Downing, FreePressers.com A few months ago, Saudi Arabia lowered oil production and attributed it to excess world supply. Oil experts saw this as odd because Libyan and Syria production were way down and Nigerian production was thought in jeopardy from bombing incidents. Some thought the long awaited “twilight in […]