Asked by President if she works for China, reporter for China says ‘No’ 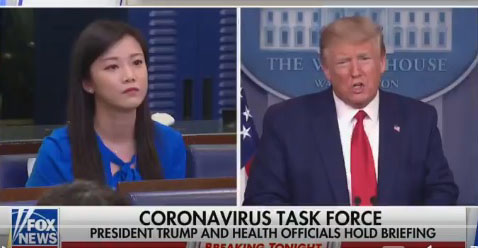 by WorldTribune Staff, April 8, 2020 The leftist White House Correspondents’ Association (WHCA) is being asked to explain why it allowed a reporter from a known Chinese propaganda outlet access to Monday’s White House coronavirus briefing. President Donald Trump called out the reporter from Phoenix TV after she made statements which promoted Chinese interests. “Only […] 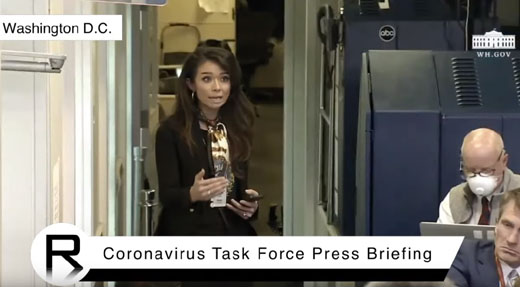 by WorldTribune Staff, April 7, 2020 Leftist media personalities who control the White House Correspondents Association (WHCA) attempted to banish a conservative reporter from White House briefings after the reporter called out the major media for spouting Chinese propaganda on the coronavirus, a report said. The WHCA on April 1 voted to ban One American […]