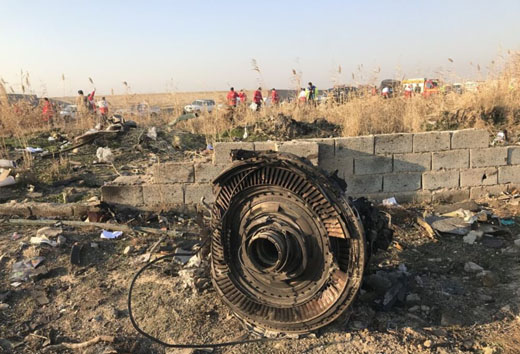 by WorldTribune Staff, January 9, 2020 Pentagon officials now believe the Ukrainian airliner which crashed in Iran on Jan. 8 was mistakenly shot down by an Iranian anti-aircraft missile. U.S. intelligence said the airliner was likely accidentally struck by a Russian-made missile. All 176 on board Ukrainian International Airlines Flight 752 were killed. “We have […]

by WorldTribune Staff, January 8, 2020 Iran is refusing to hand over the black boxes from a Ukrainian passenger jet which crashed minutes after takeoff from Teheran on Tuesday. According to reports, all 176 people on board died. Iranian officials claimed the crash was caused by an engine fire. Ukraine initially accepted this theory, but […]