Mattis at the DMZ highlights difference between 2 Koreas: ‘Our goal is not war’ 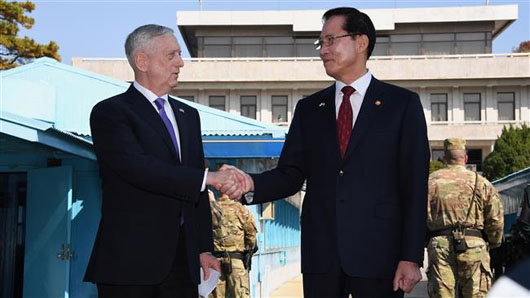 by WorldTribune Staff, October 27, 2017 Standing at the Demilitarized Zone (DMZ) just meters away from North Korea, U.S. Defense Secretary Jim Mattis on Oct. 27 said the United States seeks the “irreversible denuclearization” of North Korea, but “not war.” “As Secretary of State Tillerson has made clear, our goal is not war but rather […]

Taliban answers surprise Mattis visit by firing missiles at him 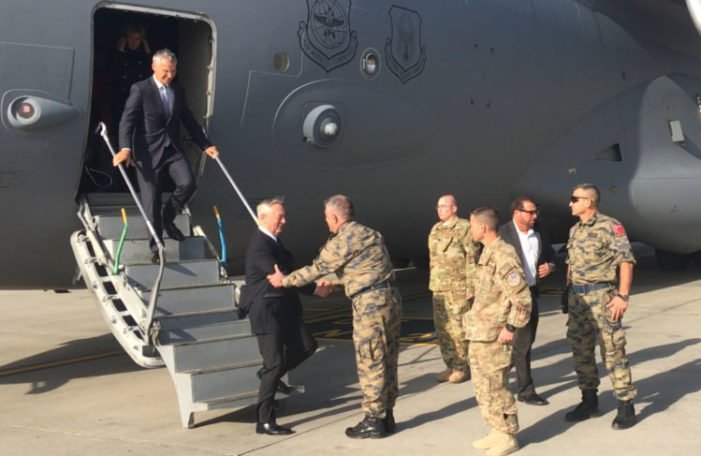 by WorldTribune Staff, September 27, 2017 U.S. Defense Secretary Jim Mattis’s plane was the target of a Taliban rocket attack that left five civilians wounded as Mattis arrived for a surprise visit in Afghanistan on Sept. 27. Mattis and NATO Secretary-General Jens Stoltenberg had already left Kabul’s Hamid Karzai International Airport at the time of […]