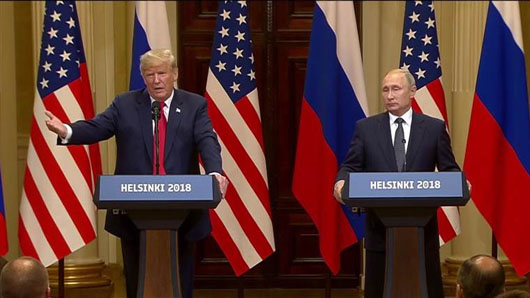 by WorldTribune Staff, July 16, 2018 U.S.-Russia relations “have never been worse” but “that changed as of about four hours ago,” U.S. President Donald Trump said on July 16 after meeting with Russian President Vladimir Putin. He then sparked bipartisan Washington outrage by challenging the U.S intelligence community investigation of alleged Russian collusion and publicly […]

Report: Trump to demand Iran ‘exits all of Syria’ 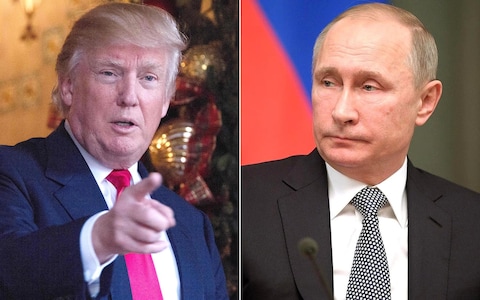 by WorldTribune Staff, June 29, 2018 U.S. President Donald Trump will push for Iran to withdraw completely from Syria, a report said. Trump will place the demand during his upcoming summit with Russian President Vladimir Putin set for July 16 in Helsinki, reported London-based newspaper Al-Hayat. The report further suggests that Trump’s premise is that […]