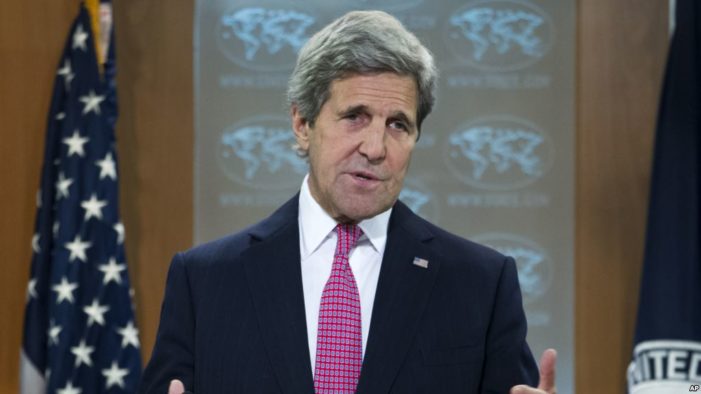 by WorldTribune Staff, June 22, 2016 Secretary of State John Kerry on June 21 met with eight of the 51 State Department personnel who signed a “dissent channel” cable criticizing the Obama administration’s policy in Syria and calling for action against the regime of President Bashar Assad. Reports say the eight dissenters left the meeting […]