Teacher ‘pulls back curtain’ on how unions are transforming public education

by WorldTribune Staff, June 22, 2021 As teachers’ unions move to limit parental rights in schools, social justice and LGBTQ issues have replaced academics as the primary focus in the classroom, said a California teacher who founded a website that “pulls back the curtain on what’s really going on in public education.” Brenda Lebsack, a […]

Soul-searching after Kavanaugh fight? Not at the Boston Globe 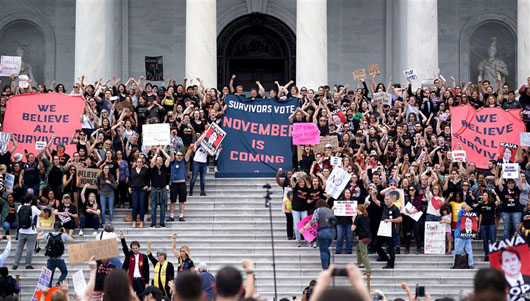 by WorldTribune Staff, October 7, 2018 On Nov. 6, “the ugliness of the last two weeks will be litigated again in the midterm elections,” the Boston Globe said in an Oct. 7 editorial aimed at voters: ‘Now it’s your turn’. A Washington Times columnist, to the contrary, suggested it was time for the Democrat Party […]