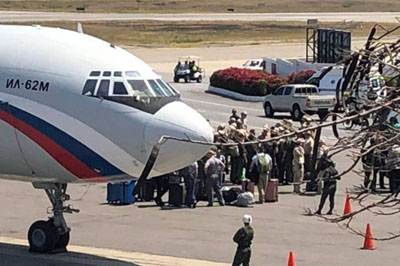 by WorldTribune Staff, March 25, 2019 Two Russian Air Force planes carrying troops and tons of equipment landed in Venezuela on March 23, reports say. A flight tracking website showed two aircraft left a Russian military base for the Venezuelan capital Caracas on March 22. The arrival of the military jets in Venezuela was confirmed by Javier […]

by WorldTribune Staff, July 23, 2018 Israel on July 22 rejected Russia’s offer of a buffer zone that would keep Iranian forces in Syria away from the Golan Heights ceasefire line. Meanwhile, Israel on July 24 said it shot down a Syrian warplane that crossed into the occupied Golan Heights. Israel’s military said it fired […] 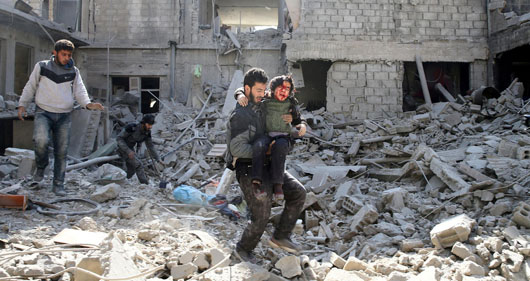 by WorldTribune Staff, February 23, 2018 More than 400 civilians have been killed in a five-day assault by Syrian government and Russian forces on a rebel-held enclave that had last year been designated as a “de-escalation zone,” reports said. The attacks in Eastern Ghouta killed 46 people on Feb. 22, AFP reported. The Syrian Observatory […] 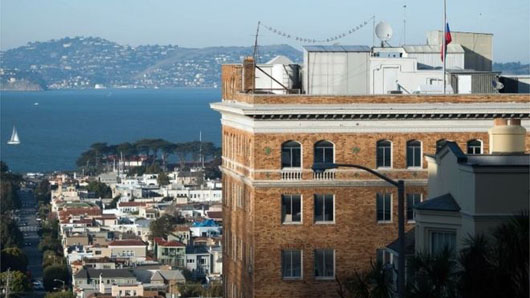 Special to WorldTribune.com By Christopher Sparks, September 1, 2017 The U.S. State Department on Aug. 31 said that, “in the spirit of parity,” the U.S. is closing Russian diplomatic facilities in San Francisco, Washington, D.C. and New York City. The closures will be completed by Sept. 2, a person identified as a senior Trump administration […] 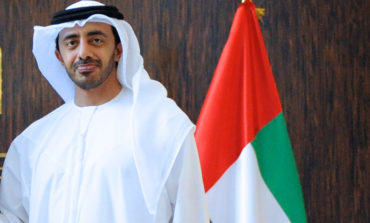 by WorldTribune Staff, August 30, 2017 Iran and Turkey must halt their “colonial behavior” in Syria, the UAE’s foreign minister said on Aug. 29. “If Iran and Turkey continue the same historical, colonial and competitive behavior and perspectives between them in Arab affairs, we will continue in this situation not just in Syria today but […] 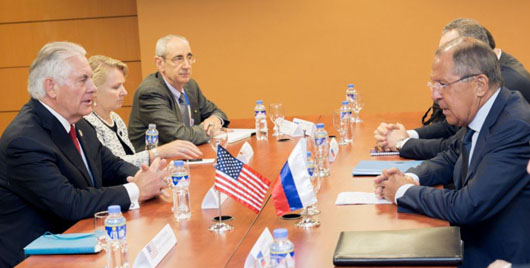 by WorldTribune Staff, August 7, 2017 U.S. President Donald Trump’s diplomatic team has been operating in overdrive as it tries to ensure new UN sanctions against North Korea will be enforced while confronting Russia over allegations of its meddling in the 2016 presidential election. The U.S. on Aug. 7 moved quickly to ensure new UN […] 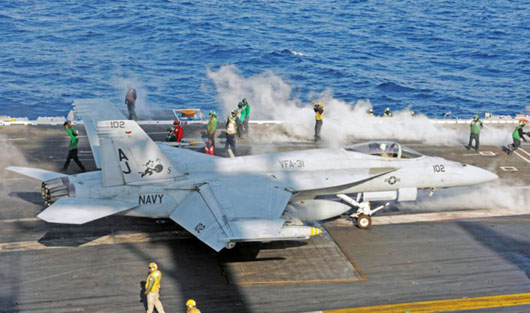 by WorldTribune Staff, June 19, 2017 A day after a U.S. fighter jet shot down a Syrian warplane, Russia on June 19 warned that it would target any U.S.-led coalition jets and drones that are discovered “west of the Euphrates River.” On June 18, a U.S. F-18 Super Hornet shot down a Syrian SU-22 after […] 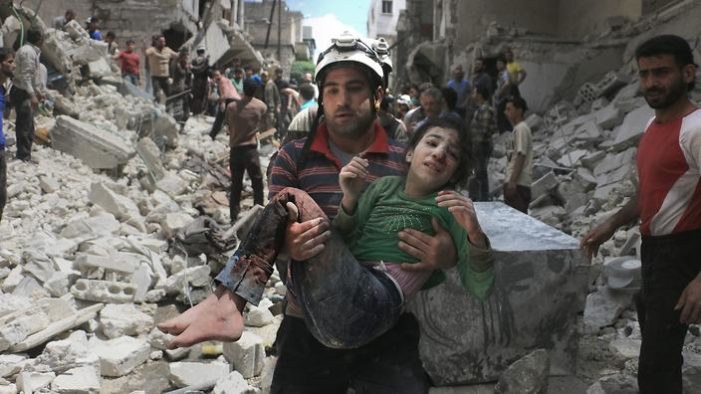 by WorldTribune Staff, October 9, 2016 The bombing of hospitals and killing of civilians by Russia and the Syrian regime in Aleppo “beg for an appropriate investigation of war crimes,” U.S. Secretary of State John Kerry said. “Russia, and the regime, owe the world more than an explanation about why they keep hitting hospitals and […]