Struggling in North Dakota: Heitkamp tries to walk back vote against Kavanaugh with anti-Democrat ad 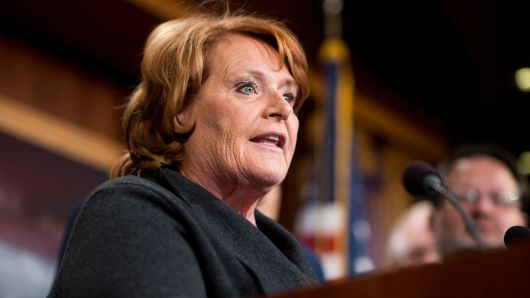 by WorldTribune Staff, October 16, 2018 In voting no on the confirmation of Supreme Court Justice Brett Kavanaugh, Democratic Sen. Heidi Heitkamp of North Dakota went against 60 percent of her constituents who favored Kavanaugh’s confirmation. Now, with her re-election in serious jeopardy, Heitkamp in a new campaign ad has pledged to “put party aside […]

Democrat senator may save Pompeo’s secretary of state nomination 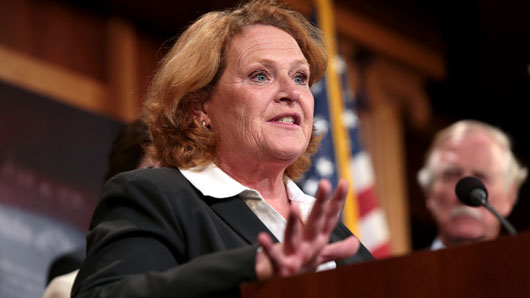 by WorldTribune Staff, April 20, 2018 The first Democrat to announce support for Mike Pompeo’s nomination to be secretary of state may also be the senator who saves the nomination. Sen. Heidi Heitkamp of North Dakota said on April 19 she would vote in favor of confirming Pompeo. With Sen. Rand Paul of Kentucky opposed […]