Report: Kim Jong-Un had several meetings with Pompeo, saw ‘eye-to-eye with him’ 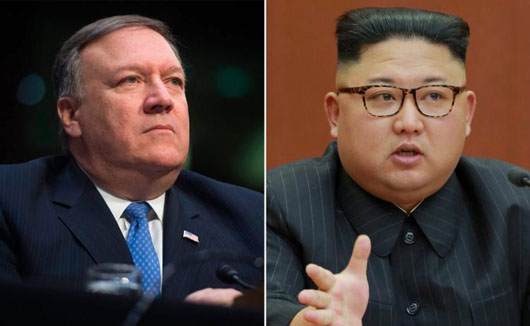 by WorldTribune Staff, April 24, 2018 North Korean leader Kim Jong-Un complimented CIA Director Mike Pompeo for his “guts” during their recent meeting, a report said. Pompeo, whose nomination for secretary of state was approved by the Senate Foreign Relations Committee on April 23, had a secret meeting with Kim in Pyongyang over Easter weekend. […] 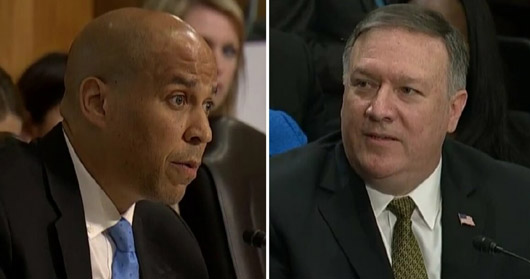 by WorldTribune Staff, April 16, 2018 Sen. Corey Booker said he will vote against Mike Pompeo’s nomination for secretary of state, citing the CIA director’s Christian beliefs on homosexual conduct and the biblical definition of marriage. The New Jersey Democrat, in an April 13 Facebook post, said “I believe you can’t lead the people if […]