In Israel, Trump calls for region where children are ‘free from terrorism and violence’ 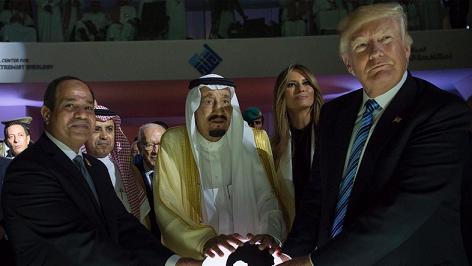 by WorldTribune Staff, May 22, 2017 U.S. President Donald Trump during his visit to Israel on May 22 said that the people of the Middle East have “had enough of the bloodshed and the killing” and “there’s a great feeling for peace.” One day after inaugurating the Global Center for Combating Extremism in Riyadh, Trump […]

Special to WorldTribune.com Amid heavy criticism, Egyptian President Abdul Fatah Sisi has defended the transfer of two strategic Red Sea islands to Saudi Arabia. In a TV address on April 13, Sisi said Egypt did not give up the territory but rather “restored” the rights of Saudi Arabia to the islands. The islands, Sanafir and […]