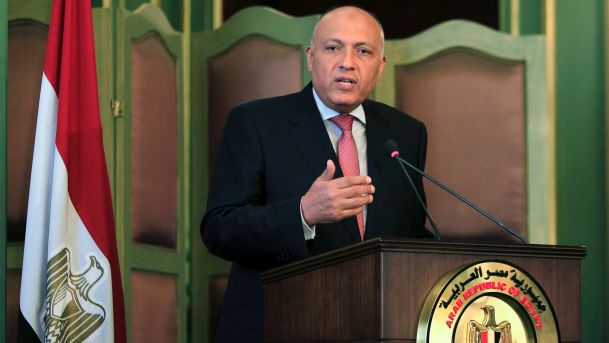 by WorldTribune Staff, August 23, 2016 Egypt’s foreign minister said on Aug. 21 that Israel’s policies and actions against Palestinians do not constitute terrorism. “You can look at [the question of Israeli ‘terrorism’] from the perspective of a regime of force, but [looked at from a more traditional understanding of terrorism,] there is no evidence […] 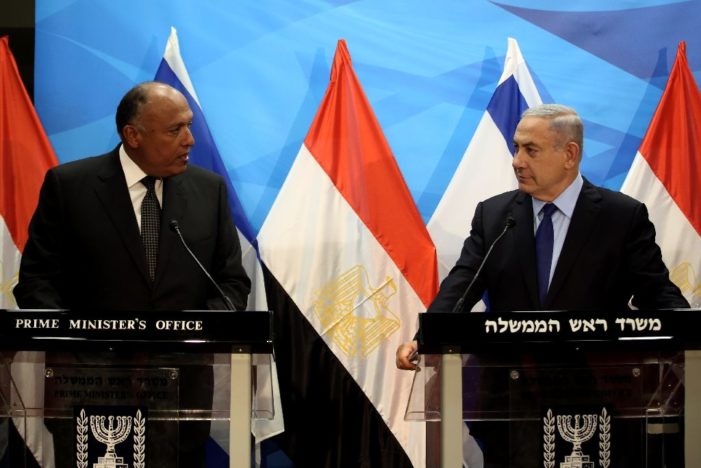 by WorldTribune Staff, July 10, 2016 Israel and Egypt moved toward improved ties on July 10 as Israeli Prime Minister Benjamin Netanyahu met with Egyptian Foreign Minister Sameh Shoukry in Jerusalem. It was the first high level meeting between top officials of the two countries in nearly a decade and comes as Israel’s military has […]

Special to WorldTribune.com Egypt’s foreign minister on Jan. 4 confirmed Cairo’s continued solidarity with Saudi Arabia after the kingdom cut ties to Iran. “We reject Iranian interference in the internal affairs of the kingdom,” Egyptian Foreign Minister Sameh Shoukry told the press while meeting with Saudi Foreign Minister Adel Al-Jubeir in Riyadh. “We made a […]