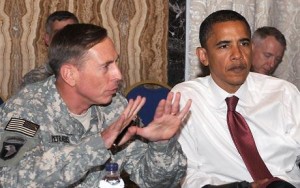 Special to WorldTribune.com President Barack Obama in 2012 rejected a covert CIA plan to oust Syrian President Bashar Assad that likely would have stopped the rise of Islamic State of Iraq and Levant (ISIL), former U.S. officials say. An upcoming book by a former CIA operative reveals the agency had forged a “muti-tiered plan” to […]

Special to WorldTribune.com WASHINGTON — The United States has recalled its ambassador from Syria because of threats to his safety. Officials said the State Department said U.S. ambassador to Syria, Robert Ford, has returned to Washington. They said Ford received threats by elements aligned with the regime of President Bashar Assad. “Ambassador Robert Ford was […]