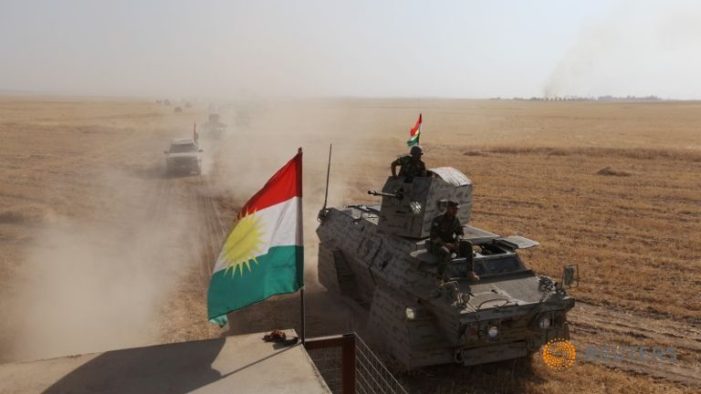 by WorldTribune Staff, August 15, 2016 Kurdish peshmerga forces took 11 villages from Islamic State of Iraq and Levant (ISIL) as they advanced on the terror group’s stronghold at Mosul. The Kurds were backed by U.S. airstrikes on Aug. 14 as they advanced from the southeast of Mosul. Iraqi troops are taking up positions to […]

Special to WorldTribune.com Kurdish peshmerga forces posted video of a camera-shy American fighter for Islamic State of Iraq and Levant (ISIL) who was captured near the Iraqi town of Sinjar. Upon his capture, the man identified as 27-year-old Muhammad Jamal Amin, originally from Virginia, is said to have voluntarily defected from ISIL. He claimed to have […]

Special to WorldTribune.com The U.S. embassy in Iraq has recommended the evacuation of Mosul out of fear that the Mosul Dam is near collapse. “Out of an abundance of caution, we would like to underscore that prompt evacuation offers the most effective tool to save lives of the hundreds of thousands of Iraqis living in the […]