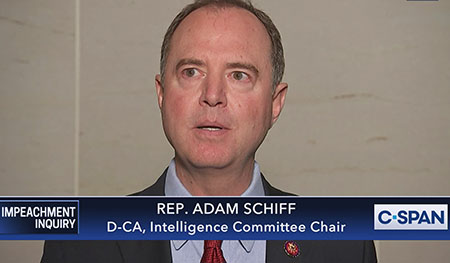 by WorldTribune Staff, November 19, 2021 The revelations that have come out of special counsel John Durham’s investigation into the origins of Trump-Russia collusion has led even the leftist Washington Post to admit it got the story wrong. No such admission has come from Rep. Adam Schiff, the California Democrat who was one of the […] 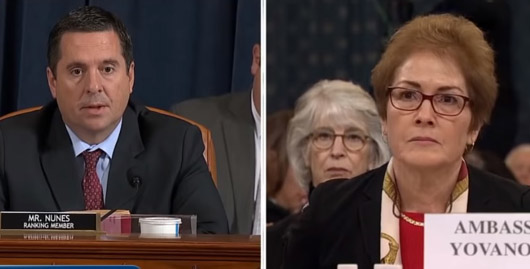 by WorldTribune Staff, November 19, 2019 The major media went out of its way to defend former U.S. Ambassador to Ukraine Marie Yovanovitch during and after her testimony in the public impeachment hearings. “Ousted ambassador says she felt intimidated by Trump attacks,” The Star Tribune wrote in a headline. “Trump attacks ambassador as she testifies […] 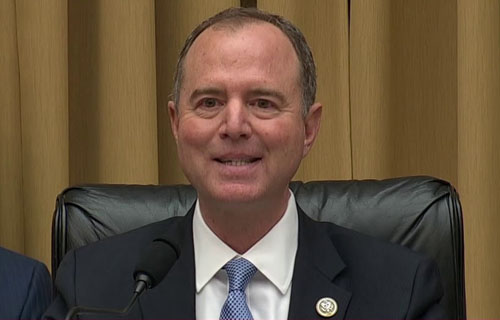 Analysis by WorldTribune Staff, October 10, 2019 Those who aren’t fans have plenty of ways to describe Rep. Adam Schiff: Deceptive. Disingenuous. Eternal evangelist for the bogus dossier. The Jussie Smollett of Congress on steroids. Puppet of George Soros. Pencil neck. But as the Ukraine whistleblower saga unravels in real time, so, critics say, does […]