As Kavanaugh joins Supreme Court, campaign to destroy him comes under scrutiny 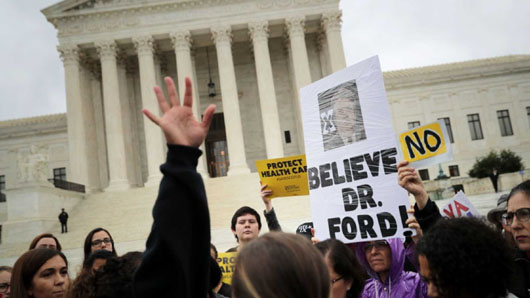 by WorldTribune Staff, October 8, 2018 During the Senate confirmation process for now-Supreme Court Justice Brett Kavanaugh, many who sought to derail the judge’s nomination were paid activists. Others cited studies which claim false allegations of sexual assault are extremely rare. In backing Christine Blasey Ford’s accusations, some of Kavanaugh’s foes said that studies show […]

by WorldTribune Staff, November 14, 2016 A video showing a line of buses bringing in anti-Trump protesters from Wisconsin to Chicago contradicts the assertion by USA Today that the protests are “spontaneous,” a report said. According to Zero Hedge, the video it received from a reader, is “visual confirmation of how a substantial portion of […]