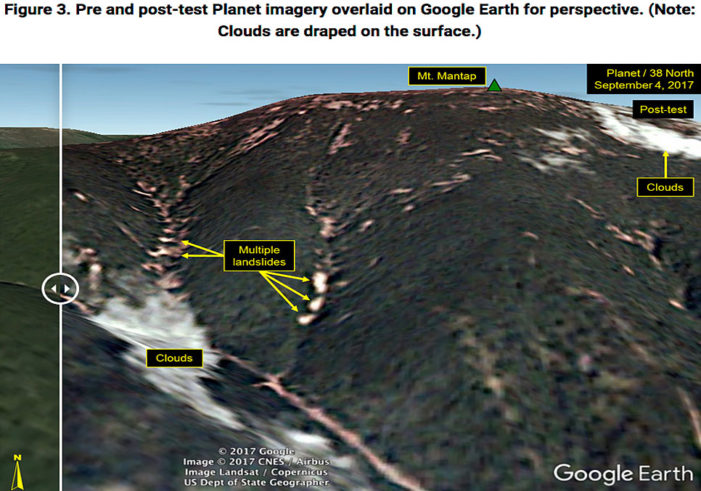 by WorldTribune Staff, September 6, 2017 Satellite images taken the day after North Korea’s test of what it says was a hydrogen bomb show “surface disturbances” and landslides at the test site. A 100-kiloton underground explosion at the Punggye-ri site on Sept. 3 generated an artificial quake that was felt across the border in China […] 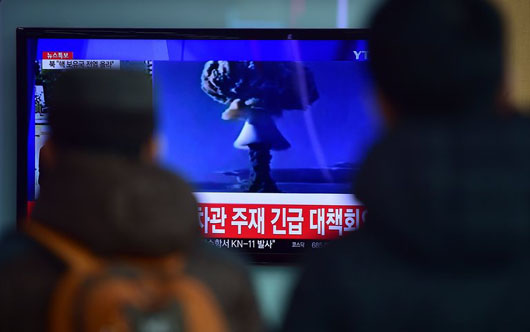 by WorldTribune Staff, September 4, 2017 The bomb North Korea detonated at its Punggye-ri test site on Sept. 2 was at least five times more powerful than devices previously tested and puts the Kim Jong-Un regime much earlier and significantly higher on the technological ladder than intelligence agencies had assessed. “North Korea has achieved a […]