Netanyahu hits Iran for Holocaust-denial cartoon contest: ‘Preparing another’ one 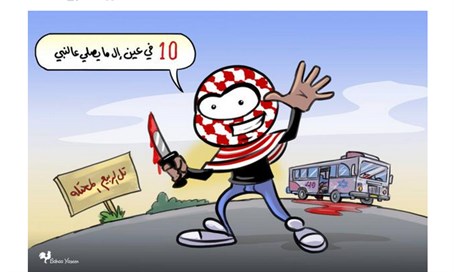 By World Tribune Staff on May 15, 2016 An anti-Israeli cartoon contest in Iran mocks the Nazi genocide of six million Jews while Teheran plans another Holocaust, Israeli Prime Minister Benjamin Netanyahu said on May 15. The contest, which Iran’s government allegedly distanced itself from, has 150 entries from 50 countries and was launched on the […]

Special to WorldTribune.com A Holocaust denial cartoon contest has the support of Iran’s government despite claims to the contrary by Iranian Foreign Minister Mohammad Javad Zarif, the U.S. Holocaust Memorial Museum said. A statement by the museum said that organizations associated with the contest are backed by government entities in Teheran and that previous contests […]

U.S. continues to make nice with Iran – and Iran is having none of it

Special to WorldTribune.com Though Iran constantly defies the U.S. with new missile tests, humiliated U.S. sailors earlier this year and regards America as its No. 1 enemy, the smitten Obama administration is continuing its courtship of the Islamic republic. While Iran ramped up its harsh rhetoric last week, first lady Michelle Obama hosted a traditional Iranian […]

Special to WorldTribune.com The nuclear deal between Iran and world powers is “days away” from implementation, U.S. Secretary of State John Kerry said on Jan. 7. Iranian Foreign Minister Mohammad Javad Zarif “made it clear to me they intend to complete obligations with respect to implementation day as rapidly as possible,” Kerry said. “And we […]