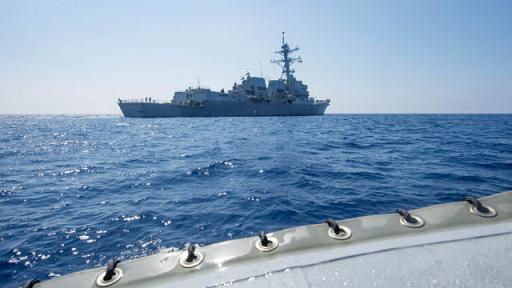 by WorldTribune Staff, May 25, 2017 In the first such freedom of navigation operation under President Donald Trump, a U.S. Navy warship sailed within 12 nautical miles of a Chinese artificial island in the South China Sea, U.S. officials said on May 24. The officials, speaking on condition of anonymity, said the USS Dewey sailed […] 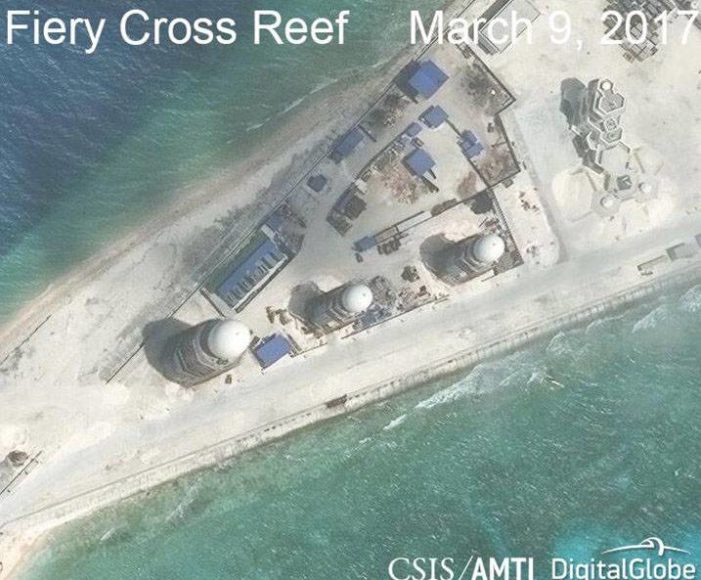 by WorldTribune Staff, March 28, 2017 China is close to completing a major infrastructure project on several artificial islands that will enable it to deploy warplanes that would be able to operate over nearly the entire South China Sea, a Washington-based think tank said. The Asia Maritime Transparency Initiative (AMTI), part of Washington’s Center for […] 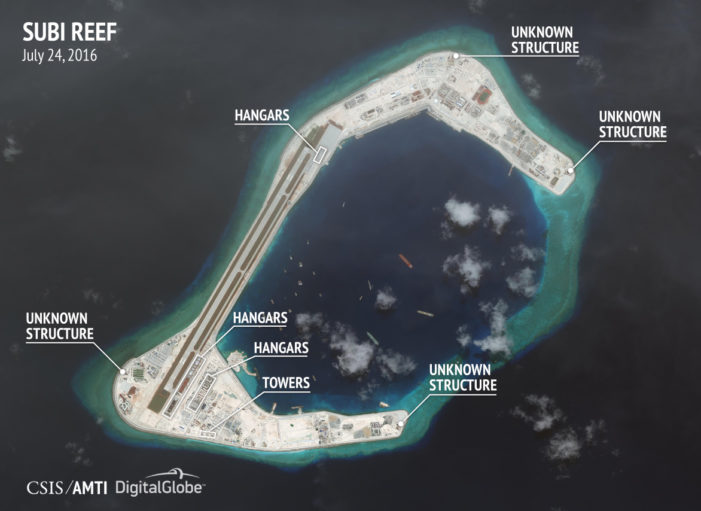