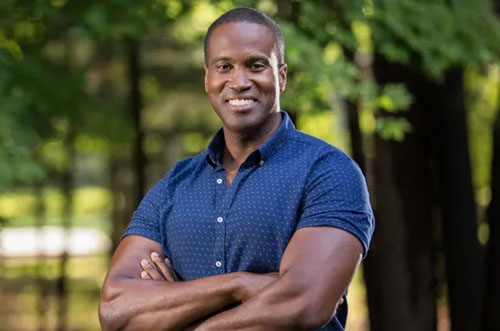 by WorldTribune Staff, October 25, 2020 Twitter does not want voters to know that The Detroit News has endorsed GOP Senate candidate John James. On Thursday, the newspaper endorsed James over Democrat incumbent Sen. Gary Peters. “It is an honor to have the endorsement of one of Michigan’s most prestigious and well-read publications,” James said […]

‘A black man who thinks for himself’: John James blows up Democrats’ and Biden’s narrative

by WorldTribune Staff, October 19, 2020 During a recent campaign event in Michigan, Joe Biden was asked about John James, a Michigan Republican candidate for Senate. “Talk about a disaster, there’s a disaster,” Biden quipped. James responded with a tweet: “Yes, @JoeBiden. I am a disaster for national Democrats’ narrative. A black man who thinks […]