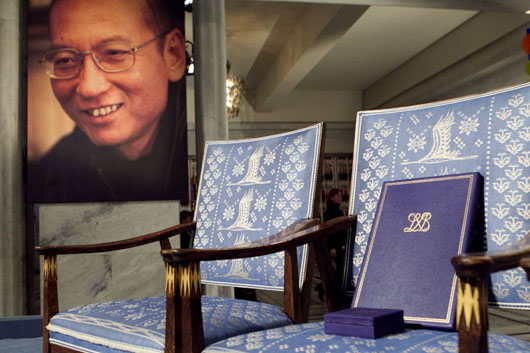 by WorldTribune Staff, July 11, 2017 [Updated July 13] The Chinese government security forces were overseeing every second of the last moments of cancer-stricken Nobel Prize winner and top dissident Liu Xiaobo, a surviving hero of the bloody June 4, 1989 Communist Party crackdown at Tiananmen Square who died on July 13. Liu, who has […]

John J. Metzler UNITED NATIONS — George Orwell would have laughed at the very notion. Russian Premier Vladimir Putin has won a curiously-awarded Peace Prize for his military attack on Chechnya in 1999, and his “iron hand and toughness” in dealing with separatists near and far, the old fashioned way. For his bellicose actions, Putin […]