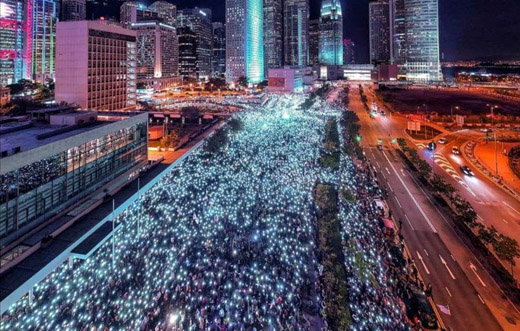 by WorldTribune Staff, November 29, 2019 Pro-democracy activists in Hong Kong, many draped in American flags and singing the Star Spangled Banner, held a Thanksgiving rally to convey their appreciation to U.S. President Donald Trump for signing two bills supporting their cause. “The rationale for us having this rally is to show our gratitude and […] 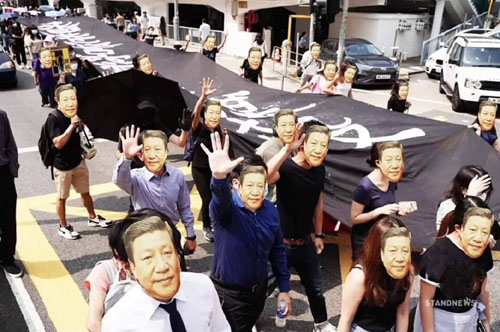 by WorldTribune Staff, October 14, 2019 Chinese supreme leader Xi Jinping issued a stark warning when it comes to “territorial integrity,” one of the communist state’s “core interests.” “Anyone who attempts to split any region from China will perish, with their bodies smashed and bones ground to powder,” the Chinese Foreign Ministry quoted Xi as […] 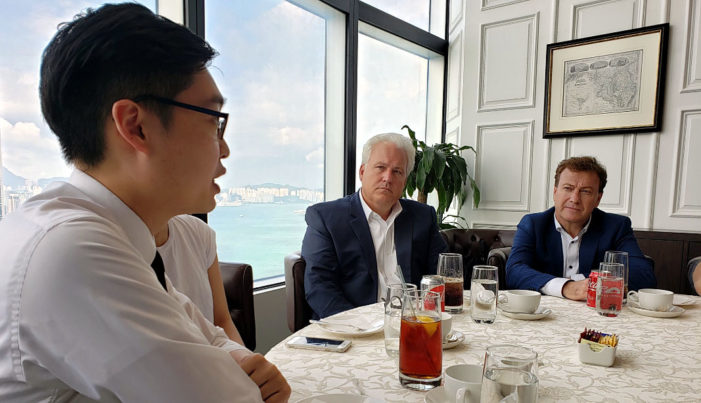 Media quiet about massive Hong Kong protests which are continuing 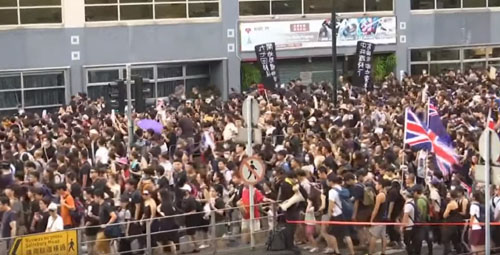 by WorldTribune Staff, July 9, 2019 The Chinese and international media have largely ignored mass demonstrations in Hong Kong, which started as opposition to an extradition bill but have evolved into ongoing, full-fledged protests against Beijing’s increasingly heavy-handed rule over the autonomous territory. While hundreds of thousands of protesters routinely jam the former British colony’s […] 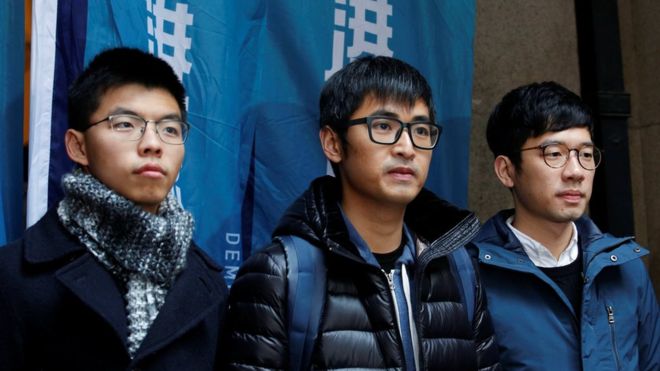 by WorldTribune Staff, February 6, 2018 Three leaders of Hong Kong’s pro-democracy movement vowed to continue their fight after their sentences were reversed by the Chinese-ruled city’s Court of Final Appeal on Feb. 6. In a unanimous decision, a panel of five judges cleared Joshua Wong, Nathan Law and Alex Chow. The three activists had […]