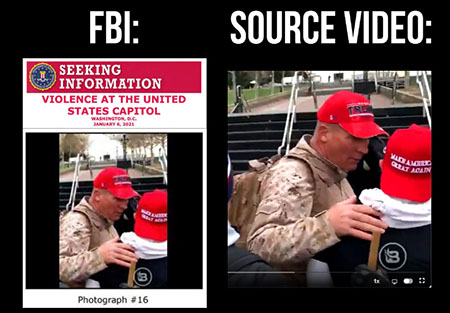 by WorldTribune Staff, January 12, 2022 The FBI’s National Security branch assistant director said she could not answer Texas Republican Sen. Ted Cruz’s question about whether Jan. 6, 2021 provocateur Ray Epps was a federal asset. Asked by Cruz during Congressional questioning on Tuesday “Who is Ray Epps,” Jill Sanborn replied, “I am aware of […]

by WorldTribune Staff, March 4, 2021 The Department of Justice, not known for moving quickly on politically-charged transgressions, has charged more than 300 people with taking part in breach of the U.S. Capitol on Jan. 6. An FBI official testified before the Senate on Wednesday that no firearms were recovered from any of those arrested […]