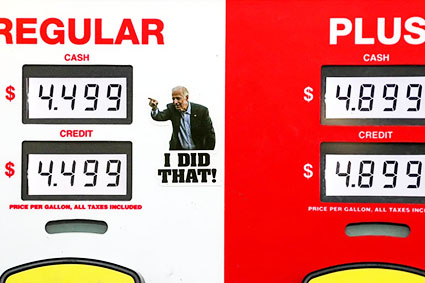 by WorldTribune Staff, March 16, 2022 Washington observers often say Democrats no longer advance real policy solutions, but rely on ad hominem attacks to expand their power. On March 8, Joe Biden was asked what Americans can expect on gas prices. “They’re going to go up,” he said. Asked to offer solutions, he shrugged, and […] 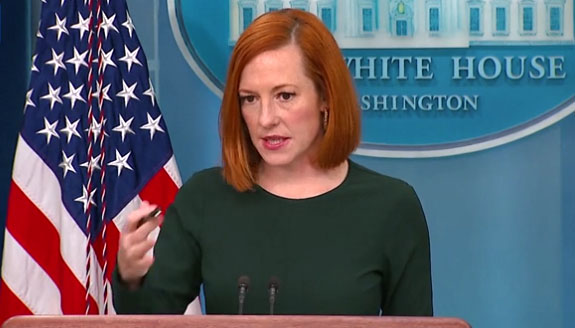 Analysis by WorldTribune Staff, March 10, 2022 One of the biggest stories to emerge from the war in Ukraine is the confusion in Washington, D.C. about a facility in Odessa said to have ties both with the United States and bioweapons research. After reports in U.S. alternative media, China and Russia about U.S. involvement in […] 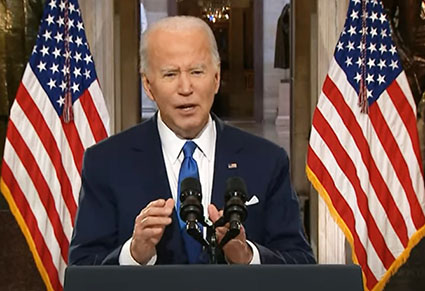 Analysis by WorldTribune Staff, January 7, 2022 “Thanks to television and handheld cameras, tens of millions of Americans were eyewitnesses to the events a year ago, and no amount of spin and media propaganda can turn the commonly understood facts into something they aren’t,” New York Post columnist Michael Goodwin noted on Thursday. But they […] 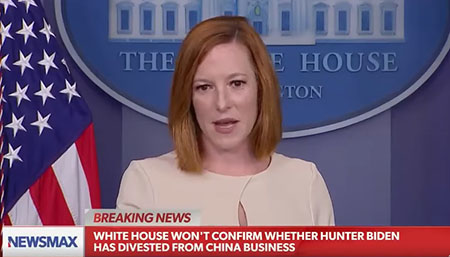 by WorldTribune Staff, October 5, 2021 Two years after Joe Biden promised that the Biden clan would divest of all of its overseas business interests, White House press secretary Jen Psaki on Monday evaded a question on whether Hunter Biden has sold his remaining stake in the Chinese private equity firm Bohai Harvest (BHR) which […] 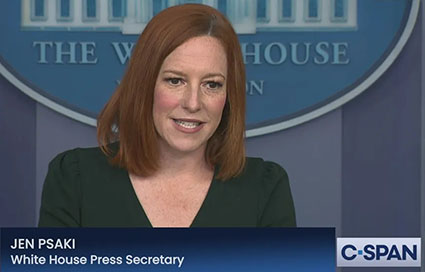 by WorldTribune Staff, July 16, 2021 White House spokesperson Jen Psaki has confirmed that Team Biden is working with Facebook to flag what they consider “disinformation” on Covid-19. “We are in regular touch with the social media platforms and those engagements typically happen through members of our senior staff and also members of our Covid-19 […] 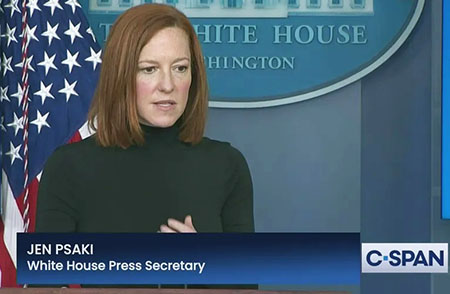 Analysis by WorldTribune Staff, April 16, 2021 This is how the leftist mind works. They worship at the altar of identity politics and racial stereotyping. So the racist screed that White House press secretary Jen Psaki unleashed on April 12 was no surprise. Asked during a Monday press briefing about getting people in “rural states” […]

Analysis by WorldTribune Staff, December 3, 2020 Caught red handed. There’s collusion afoot in the Biden universe. As Adam Schiff would say, what’s the kompromat? A photo has emerged showing Jen Psaki, an Obama administration official who would be press secretary in the event of a Joe Biden presidency, sporting a pink hammer & sickle […]