by WorldTribune Staff, September 16, 2018 A deal between the Vatican and China, which would grant China the right to nominate future bishops, would likely end the diplomatic relationship between the Holy See and Taiwan that began in 1942. Reports of the pending agreement come amid other reports of the suppression of religious expression throughout […] 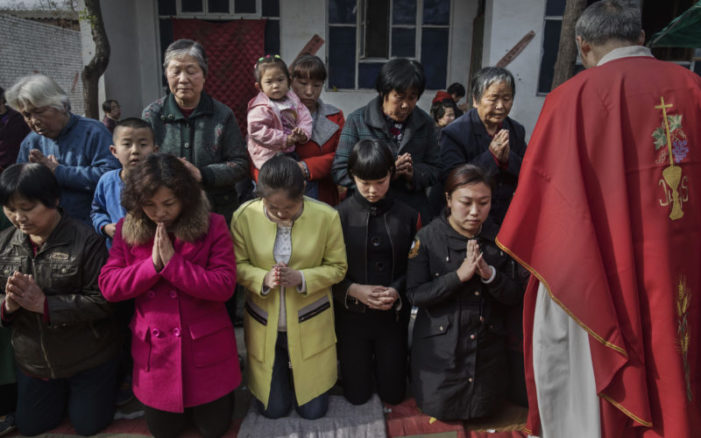 by WorldTribune Staff, January 24, 2018 The Vatican, amid pressure from the Chinese government, asked two Chinese bishops to either retire or accept demotion to make way for government-approved bishops, a report said. The Holy See reportedly asked Bishop Peter Zhuang of Shantou and Bishop Joseph Guo Xijin of Mindong to stand aside, according to […]