Why? National Guard deployment at Capitol extended to May 23 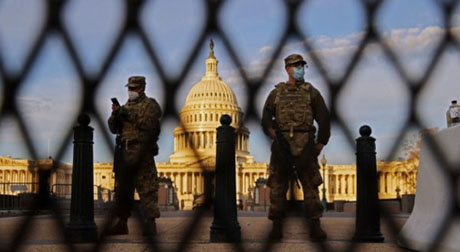 Analysis by WorldTribune Staff, March 11, 2021 The Washington, D.C. militarized zone, also known as “Fort Pelosi”, will be in place at least until May 23, the Pentagon said. Defense Secretary Lloyd Austin on Tuesday night approved a U.S. Capitol Police request to extend the National Guard deployment of 2,300 troops. Critics asked why the […]

by WorldTribune Staff, March 2, 2021 In the D.C. militarized zone, or “Fort Pelosi” as some are calling it, reports say that National Guard troops are being treated worse than prisoners of war, let alone protectors of the Capitol. Previous reports have detailed how some Guard members were forced to sleep in parking garages. Now, […]