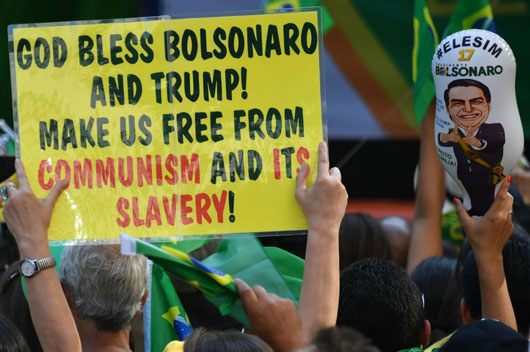 by WorldTribune Staff, October 30, 2018 Amid threats of resistance from the Left, Brazilians supporters of President-elect Jair Bolsonaro have a message for those who prefer a socialist government: Love Brazil or leave it … for Cuba. On Oct. 28, Bolsonaro, a 63-year-old former army captain, defeated socialist candidate Fernando Haddad with around 55 percent […] 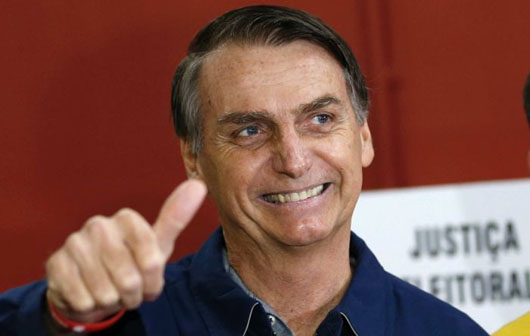 by WorldTribune Staff, October 29, 2018 Conservative candidate Jair Bolsonaro – who survived an assassination attempt and was slammed for what critics called racist, homophobic, and sexist comments – was elected president of Brazil on Oct. 28. “We cannot continue flirting with socialism, communism, populism and the extremism of the Left,” Bolsonaro said in his […]