by WorldTribune Staff, March 1, 2019 In her quest for climate justice, Green New Deal author Rep. Alexandria Ocasio-Cortez has a “duty” to go vegan, according to People for the Ethical Treatment of Animals (PETA). “Rep. Ocasio-Cortez has laudable, ambitious goals, and PETA encourages her to take a fresh look at the evidence and make […]

After day of drama about ‘Green New Deal’, few can explain it 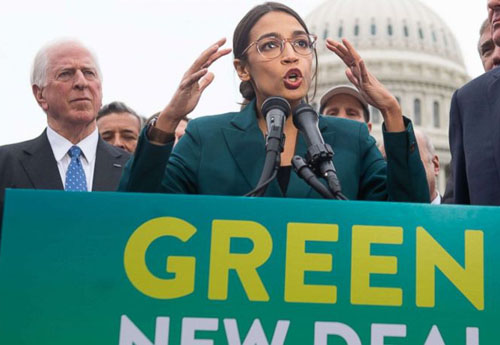 by WorldTribune Staff, February 8, 2019 What exactly is the Green New Deal? After a huge build-up and amid heavy media coverage, Rep. Alexandria Ocasio-Cortez on Feb. 7 unveiled her plan. The Wall Street Journal’s Kimberly Strassel tweeted of the deal’s unveiling: “By the end of the Green New Deal resolution (and accompanying fact sheet) […]