Bozo alert: The Left now equates being called a ‘clown’ to a white supremacist slur 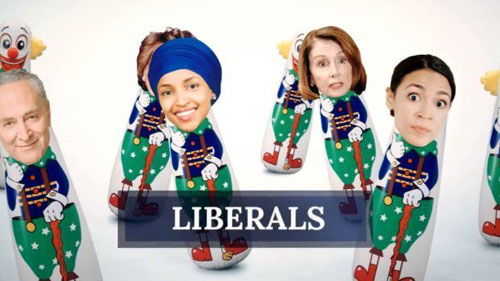 by WorldTribune Staff, August 9, 2019 Add the word “clown” to the list of words the Left considers a white supremacy dog whistle. In a new campaign ad, North Carolina Republican Dan Bishop, running in the 9th Congressional District, portrays his Democratic opponent, Dan McCready, and some liberal members of Congress as “crazy clowns.” “They […]

by WorldTribune Staff, December 3, 2018 Amid an ongoing voter fraud controversy, North Carolina State Board of Elections Chairman Andy Penry announced his resignation from the position on Dec. 1. The board of elections had announced on Nov. 30 that it had again declined to certify Republican Mark Harris’ apparent victory in the Nov. 6 […]