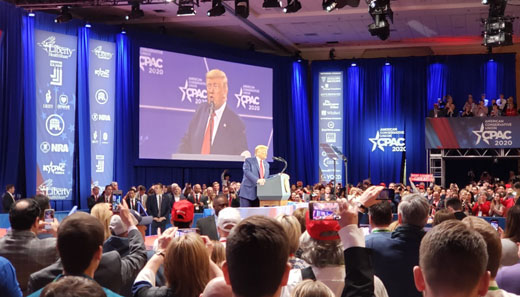 by WorldTribune Staff, March 1, 2020 President Donald Trump on Saturday entertained a major conservative gathering and slammed the “hate-filled left-wing mob” that has tried but failed to oust him. In a speech closing out the Conservative Political Action Conference (CPAC), the president said: “I never knew the swamp was so bad. It’s really bad, […]

Trump fires up the crowd at CPAC 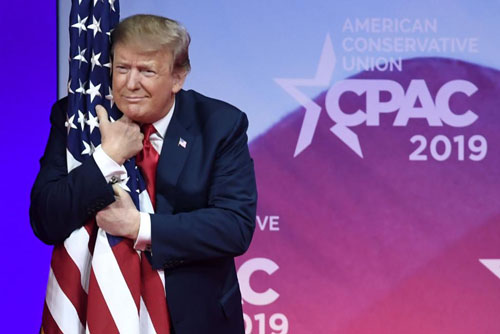 by WorldTribune Staff, March 3, 2019 During a March 2 speech to the Conservative Political Action Conference (CPAC) in which he said special counsel Robert Mueller was trying to take him out with “bullsh–,” President Donald Trump also called out Democrats for hypocrisy on his firing of FBI Director James Comey. Trump noted that Democrats […]