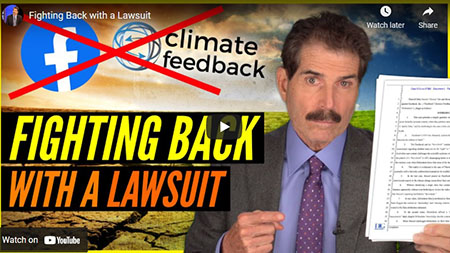 by WorldTribune Staff, December 14, 2021 The labels which Facebook posts on its fact-checks are nothing more than opinions, attorneys for Mark Zuckerberg’s Meta social media company admitted. The attorneys made the claim in a lawsuit filed in federal court by independent commentator John Stossel, who sued Facebook and two of its fact-checking partners, Science […]

by WorldTribune Staff, June 14, 2021 A group of climate alarmists have formed an alliance known as Climate Feedback that is trying to silence any debate that goes against the leftist narrative on climate change, and Facebook is letting them do it, author and commentator John Stossel said. A recent video Stossel posted shows a […]