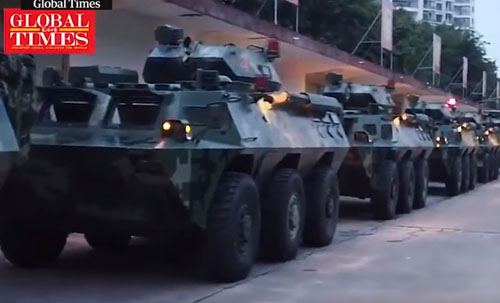 by WorldTribune Staff, August 29, 2019 China’s communist government insists that troop movements at its Hong Kong garrison ahead of anticipated mass pro-democracy protests this weekend are part of a scheduled rotation. After witnesses had reported the troop movements in the early hours of Thursday morning (Aug. 29), China’s state-run propaganda outlet Xinhua published images […] 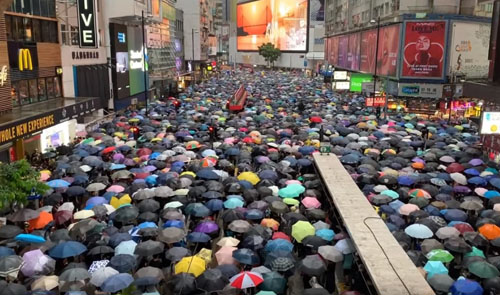 by WorldTribune Staff, August 18, 2019 Hundreds of thousands of pro-democracy demonstrators, despite warnings from the Chinese government, filled the streets of Hong Kong on a rainy Sunday afternoon in a “peaceful” protest against what they say are Beijing’s increasingly heavy-handed tactics in the autonomous territory. Last week, China had claimed that criminals and agitators […]