Who is Elizabeth MacDonough? Senate parliamentarian all but killed Schumer’s filibuster circumvention 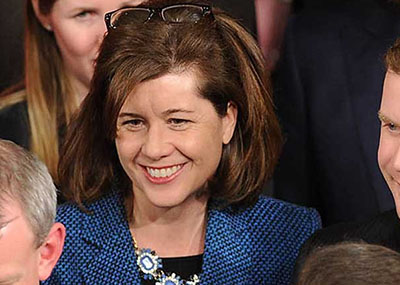 by WorldTribune Staff, June 3, 2021 Senate Democrats intent on pushing their leftist agenda without Republican support suffered a major setback Wednesday when the Senate parliamentarian set new limits on how many times Democrats can use the budget reconciliation process. In a four-page memo, Senate Parliamentarian Elizabeth MacDonough made it clear Democrats will likely have […] 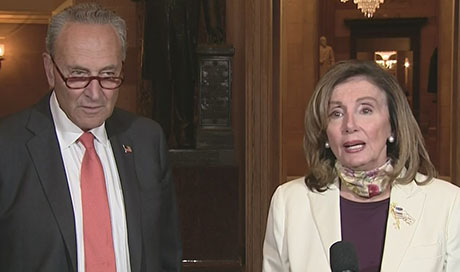 Analysis by WorldTribune Staff, March 9, 2021 Tyrants taking care of their own at the expense of U.S. taxpayers. One can’t find that story in the corporate media. The $1.9 trillion covid relief bill, the so-called American Rescue Plan Act of 2021, includes a multi-billion dollar bailout of several poorly-run cities and states. Democrat tyrants […] 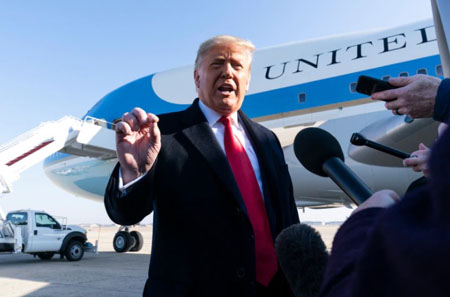 by WorldTribune Staff, January 12, 2021 Democrats led by House Speaker Nancy Pelosi are only fueling the anger of his supporters by pushing for a second impeachment, President Donald Trump told reporters outside the White House on Tuesday. “On the impeachment, it’s really a continuation of the greatest witch hunt in the history of politics,” […] 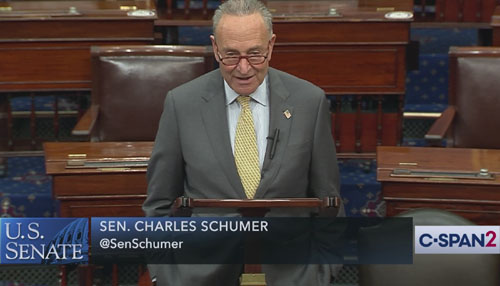 by WorldTribune Staff, November 11, 2020 Joe Biden’s “Dark Winter” is mild compared to what Democrats are planning. Get ready for a “Dark Future” of socialism if they gain a majority in the Senate. Democrat Sen. Chuck Schumer told a crowd of New Yorkers who were celebrating the idea of a Joe Biden White House […]

Senate Democrats’ reparations proposal does not include direct payments 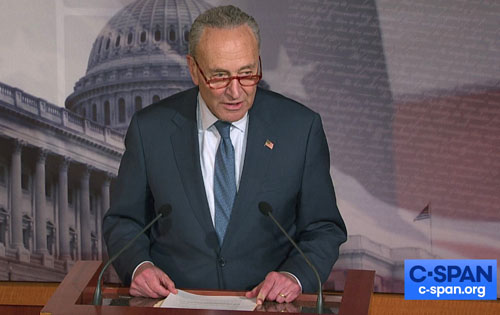 by WorldTribune Staff, July 19, 2020 Senate Democrats are calling on taxpayers to foot the bill for $350 billion in reparations to address “systemic racism.” Democrats called the the Economic Justice Act which they announced on Thursday an “important down-payment to answer the calls to address systemic racism and historic underinvestment in communities of color.” […] 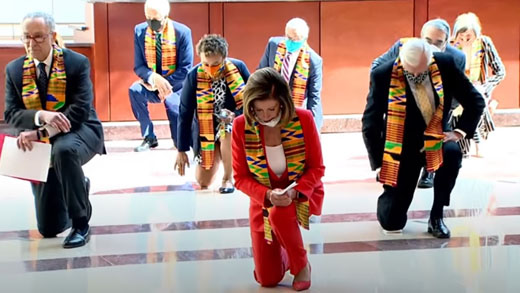 by WorldTribune Staff, June 18, 2020 The kente cloth scarves worn by several congressional Democrats for a photo op last week, including House Speaker Nancy Pelosi and Senate Minority Leader Check Schumer, are linked to an empire that sold and traded enslaved Africans, according to a USA Today fact check. While wearing the scarves, the […] 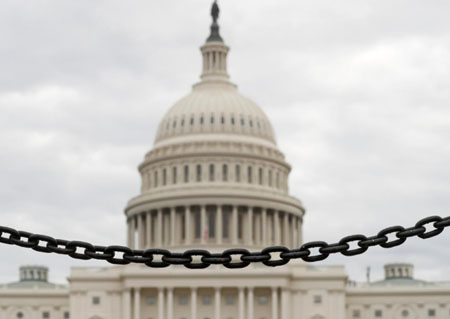 by WorldTribune Staff, April 17, 2020 The U.S. economy is headed toward another great depression if it contracts any further due to the coronavirus shutdown, radio host Rush Limbaugh warned. “All we need is a 30 to 40 percent contraction in this economy,” Limbaugh said on his April 16 broadcast. “We’ll hit Great Recession territory […]