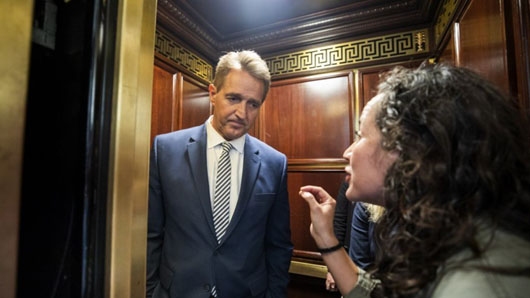 by WorldTribune Staff, February 5, 2019 The left-wing activist who confronted then-Sen. Jeff Flake in a Capitol Hill elevator during the confirmation hearing for Justice Brett Kavanaugh will be an honored guest of Rep. Alexandria Ocasio-Cortez at President Donald Trump’s State of the Union address on Feb 5. Ocasio-Cortez, New York Democrat, tweeted: “Y’all aren’t […]

Who is Sen. Jeff Flake and what did he and Rosenstein talk about for 10 minutes? 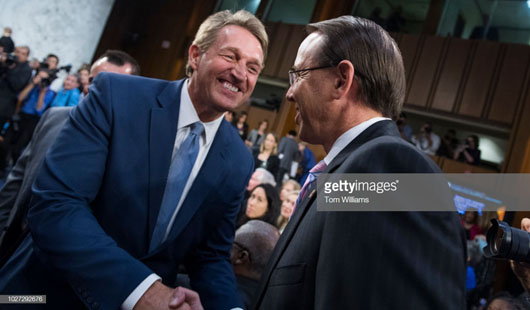 Analysis by WorldTribune Staff, October 1, 2018 The Supreme Court’s 2018-2019 term opened on Oct. 1 with four conservative and four liberal justices – and conservative Brett Kavanaugh waiting in the wings thanks in large part to never-Trumper Arizona Republican Sen. Jeff Flake. Flake delayed the Senate floor vote on Kavanaugh by calling for an […]