July 20, 1969: As America was torn apart back home, its astronauts landed on the Moon 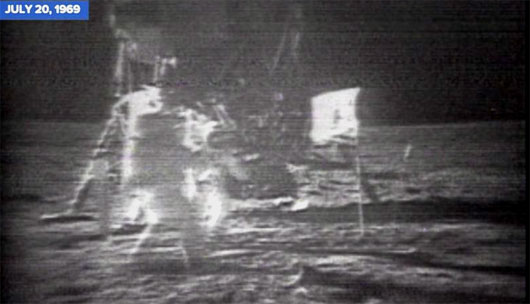 Special to WorldTribune.com By John J. Metzler Bondville, VT — For those of us of a certain age, we vividly remember where we were on July 20, 1969 the date of America’s successful Lunar landing. On a cool July southern Vermont evening my parents and I visited friends to watch what was expected to be […]

Trump wants U.S. to return to the moon, then shoot for Mars 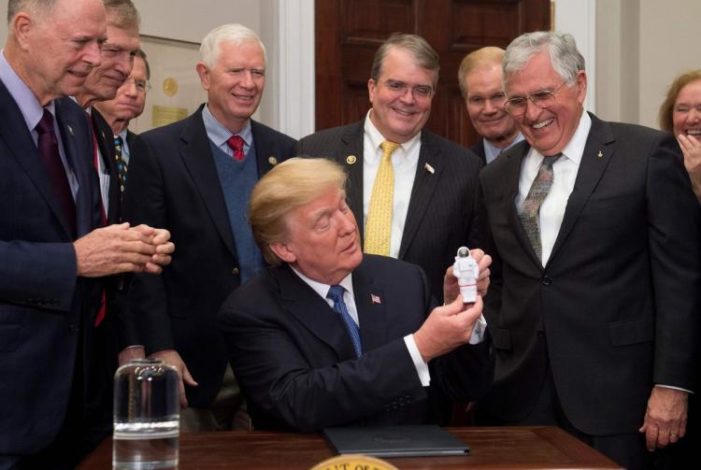 by WorldTribune Staff, December 12, 2017 Americans will return to the lunar surface for the first time since 1972 and in the long-term will use the moon as a way-station for a journey to Mars, U.S. President Donald Trump said on Dec. 11. Surrounded by members of the recently re-established National Space Council (NSC), active […]

‘To infinity and beyond’: Trump revives National Space Council 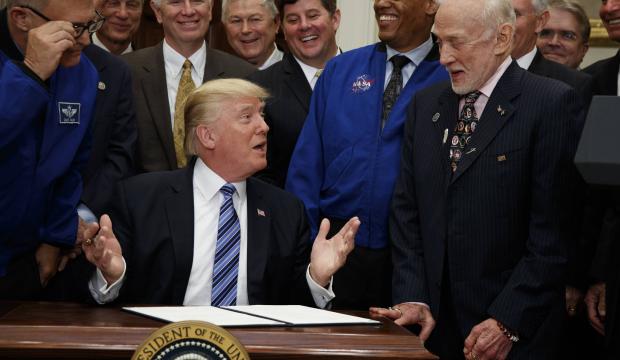 by WorldTribune Staff, July 2, 2017 The U.S. space program, which was essentially grounded first during the Clinton Administration and further “crippled” by the Obama administration, got new life on June 30 when President Donald Trump signed an executive order to revive the National Space Council. “Space exploration is not only essential to our character […]