by WorldTribune Staff, January 17, 2021 Leftists have weaponized covid to take God, culture, history, and liberty away from Americans, the CEO of Goya Foods said. “The problem is it’s a political year. They weaponized coronavirus. Unfortunately, they shut down this economy. The worst thing we could do is shut down our economy, kill our […] 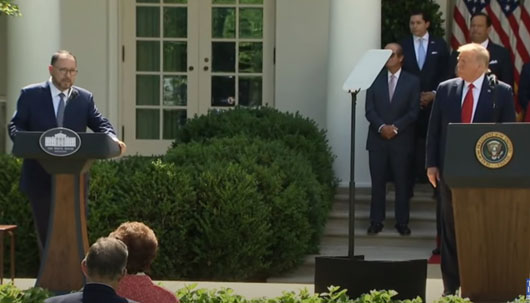 by WorldTribune Staff, July 14, 2020 The Goya boycott has become a buycott. Bob Unanue, the CEO of Goya Foods, declined to bow to the leftist mob which called for a boycott of Goya after he praised President Donald Trump at a White House event last week. Since Unanue defended his comments and refused to […]