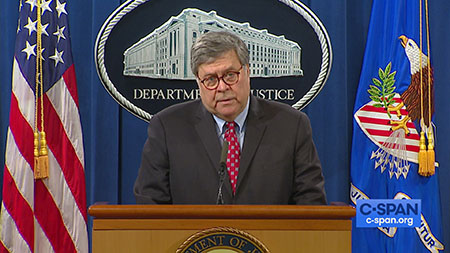 by WorldTribune Staff, March 27, 2022 During a recent interview, former Attorney General William Barr conceded that he knew that a letter from former U.S. intelligence officials claiming that news of the contents of Hunter Biden’s laptop was Russian disinformation “was baseless” and that he believed Joe Biden fully understood that it “was a lie.” […]