by WorldTribune Staff, November 2, 2018 The United States has already begun building tent cities to house migrants from the caravan approaching the southern border, President Donald Trump said on Nov. 1. Trump also said he will issue an executive order “next week” to end the catch and release immigration policy, adding that it is authorized by […]

Convoy of illegals heads North: Nothing stopping them but Donald Trump? 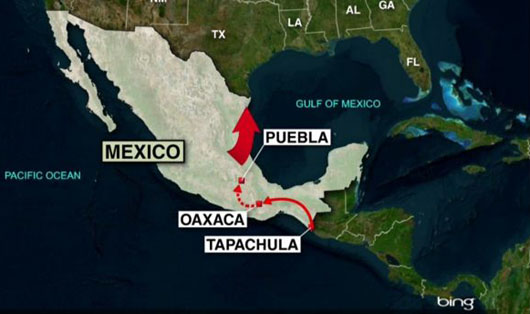 by WorldTribune Staff, April 3, 2018 U.S. President Donald Trump on April 3 said he may send the military to guard the border as a convoy of some 1,500 mostly-Honduran illegal aliens continued to trek north toward the U.S. in a bid for asylum. “We are going to be guarding our border with our military. […]