Limbaugh: Roy Moore not in the same league with liberal Democrat ‘absolute perverts’

by WorldTribune Staff, November 27, 2017 The creepy roster of pervs from the media, politics and entertainment seems to grow by the day “and the vast majority of them happen to be liberal Democrats,” Rush Limbaugh noted. “You know, folks, I realize I’m America’s Real Anchorman and America’s Truth Detector, but I gotta tell you, […]

‘Take it to the bank’: Kamala Harris ‘absolutely’ running for president in 2020 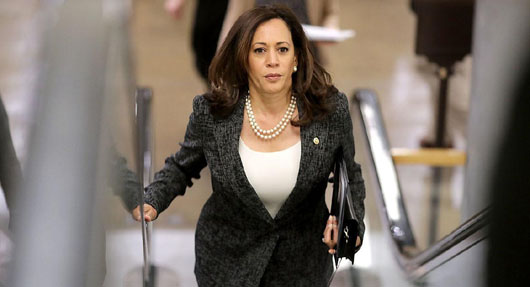 by WorldTribune Staff, July 19, 2017 The competition for the Democratic Party presidential nomination for 2020 is already buzzing. Sen. Kamala Harris, seen as a fresh face in a field that includes several septuagenarians, is playing both camps from the 2016 Democratic Party contest – having made the rounds with wealthy Hillary Clinton donors while […]

Obama, Holder preparing to steal the 2012 election right before our eyes

Jeffrey T. Kuhner Attorney General Eric H. Holder Jr. claims Jim Crow is returning. In a recent speech, Mr. Holder said that attempts by states to pass voter identification laws will disenfranchise minorities, rolling back the clock to the evil days of segregation. He said that a growing number of minorities fear that “the same […]