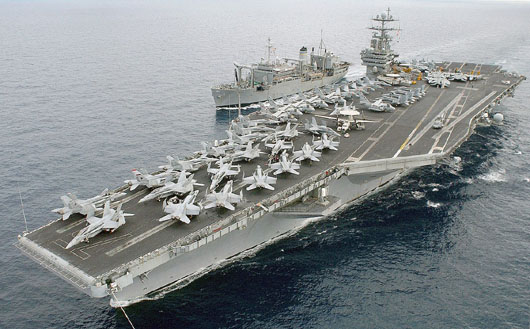 by WorldTribune Staff, July 1, 2018 The United States has deployed the USS Harry S. Truman to the Atlantic Ocean amid “growing evidence that Russia continues to push its newest attack submarines to operate the North Atlantic at a pace not seen since the Cold War,” a report said. The Truman Strike Group embarked with […]