Saudis ban Pokemon Go and its symbols of ‘deviant’ religions

Stay away from Vaporeon. And don’t even bother looking for Charizard. That is the message Saudi Arabia’s top clerical body is sending the country’s citizens who have been stung by the Pokemon Go bug. 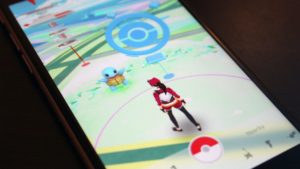 The mega-popular smartphone app that puts cartoon monsters in the real world is “un-Islamic” and carries symbols of “deviant” religions, the Saudi Permanent Committee for Scholarly Research and Ifta said in announcing its ban on the game.

Pokemon Go is not yet officially available in Saudi Arabia, but many in the kingdom have downloaded it illegally and have gone hunting for “pocket monsters”.

In an announcement on its website, the clerical body said that it has republished a 2001 edict banning the game after “receiving many questions” on it from the public.

The clerical body’s 2001 fatwa said the game was too much like gambling and that the concept of its characters appeared to be based on Charles Darwin’s theory of evolution, which is rejected by Islam.

It also said most cards in the game feature symbols of “deviant” religions and organizations, such as “international zionism” and Israel, Christian crosses, freemasonry, and symbols from Japan’s native Shinto religion.