The oppression and forced emigration of Jews resulted in a major loss to the “Arab economy and society,” a Saudi journalist wrote. 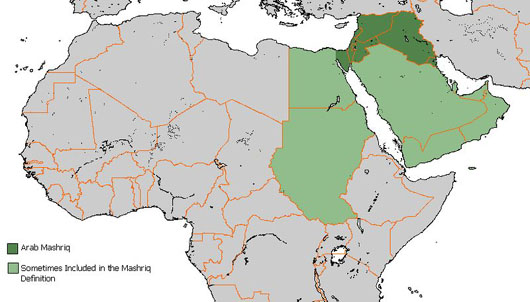 Jews living in “the Mashriq,” the eastern part of the Arab world, were systematically oppressed, had their property confiscated and were forced to leave despite being “pillars of the economy and of culture and art,” journalist Hussein Shubakshi wrote in a column for the London-based Saudi daily Al-Sharq Al-Awsat.

Shubakshi asserted that Jewish emigration from Arab countries constituted a loss to “the Arab economy and to Arab society, which failed to be tolerant and became an emblem of exclusion.”

In the column, which was reported by The Middle East Research Institute (MEMRI), Shubakshi wrote: “There is a topic that does not get enough attention, and I know in advance that it will evoke harsh and emotional responses. That topic is the rights of the Jews of who lived in the Mashriq. Naturally, the immediate sarcastic response will be: ‘Shouldn’t the [Arab] citizens be granted rights in their countries before we burden them with [worrying about] others?’ The thing is that the phenomenon of discrimination in rights is a problem in itself.

“The Jews I am talking about were part of homogeneous Arab communities. They were [ordinary] citizens, until their oppression began, manifested in doubting their loyalty, accusing them of treason and pressuring them to leave. When the pressure did not produce results, their property was simply seized. [All] this was done to others as well, but the Jews were a regular target for accusations of treason and suspicions of disloyalty, even though they were pillars of the economy and of culture and art in the countries where they lived.

“I remember an incident that happened to me… My daughter was about to have a delicate operation in the U.S. to remove a malignant tumor. I was attending Friday prayers in Jeddah when [the preacher] started… cursing the Jews and the Christians. I objected to this, saying: ‘Am I supposed to curse the Jew who is about to operate on my daughter? (The surgeon happened to be Jewish). Why should I curse someone who has never done me any harm? On the contrary, I wish him every success.’ I started recalling encounters I had had with Jews in the Arab world, from all walks of life. For example, I remembered Serge Berdugo, who served as culture minister in Morocco in 1993-1996, and who told me: ‘We Moroccan [Jews] have full civil rights.’ [I also recalled] my meeting in Bahrain with Rouben, the owner of the famous electronics shop near Bab Al-Bahrain [in the center of Manama], who told me that Bahrain respects the rights of the Jews who live there.

“[But], in contrast to these examples, there are also tragic stories about the denial of rights, about racist and degrading treatment and about the forceful seizing of property from innocent Jews. Such examples are known from countries like Iraq, Libya, Algeria, Sudan, Tunisia and Yemen. The Kadoorie family, [for instance], left Iraq for Hong Kong, where it founded [Hong Kong’s] oldest hotel, the Peninsula… Another [Jewish] family that left Iraq was the Saatchi family, which settled in Britain and founded the Saatchi advertising agency. The Safra family left Syria for Brazil, where it founded a financial empire, and the Cicurel family, which owns huge department stores, came from Egypt. All the families presented [here] as examples were lost to the Arab economy and to the Arab society, which failed to be tolerant and became an emblem of exclusion.”

Shubakshi concluded by comparing the poor treatment of Jews in Arab countries to Israel’s alleged “depraved” treatment of “the Palestinians,” asserting that “The depraved crime perpetrated by Israel against the Palestinians does not give us the right to do the same to citizens [of Arab countries] that have nothing in common with Israel apart from their Jewish faith.”